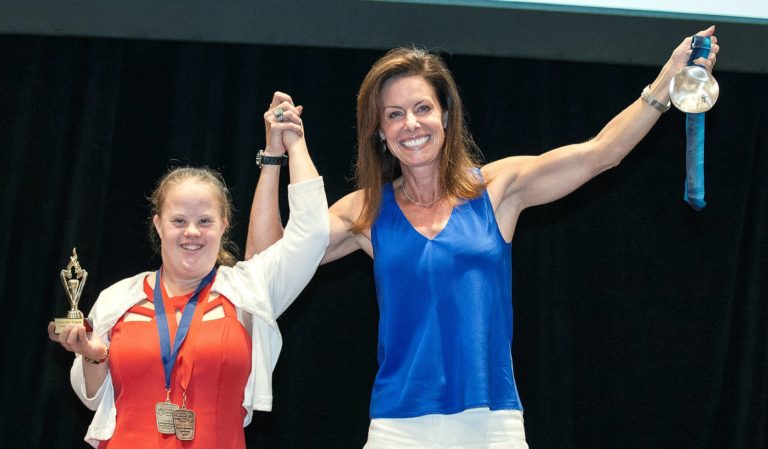 Goodwill Industries of Alberta is proud to announce Olympic medalist Cheryl Bernard is officially becoming an ambassador and Goodwillian!

After retiring from competitive curling Bernard is dedicating her time to give back to the communities that supported her through her Olympic journey.

“I believe everyone should have an opportunity and I believe Calgary and Alberta is the place to provide individuals the opportunity to focus on their abilities and become a noteworthy part of the labor force in this city and throughout Alberta,” said Bernard, as she will work with Goodwill as an ambassador and strategist who will help promote what Goodwill does in communities across Alberta.

“We are just thrilled that Cheryl has joined us as an ambassador for our mission,” said Dale Monaghan, President and CEO of Goodwill. “Cheryl shares our passion of working with Albertans with unique abilities and connecting them with meaningful employment. “

Bernard decided to join Goodwill after touring their operations in Calgary. She learned about Goodwill’s Power of Work program, which provides individuals with disabilities the opportunity to enhance their lives through meaningful employment.

“I met Kelsey, one of Goodwill’s employees, and if I hadn’t made the decision to join Goodwill before that, meeting her confirmed it,” said Bernard. “Kelsey is a special Olympian who, after finding out I won one medal, she said, ‘Oh, that’s okay but I have six!’ with a huge smile.”

By joining Goodwill as an ambassador, Bernard will champion their mission of connecting Albertans with disabilities to employment.

“Kelsey is an incredible example of what a meaningful job and life can do for someone that has a disability,” said Bernard. “I chose then and there to join the Goodwill team, as this organization is prepared to make a difference, short and long term for Albertans with disabilities and I wanted to be on that team!”

Goodwill Industries of Alberta is a nonprofit enterprise that provides training and meaningful employment opportunities for Albertans with disabilities. Your donations of gently used clothing and household goods are sold in-store to support employment programs for fellow Albertans with disabilities. So every time you donate to Goodwill you are helping to make a difference in someone’s life. 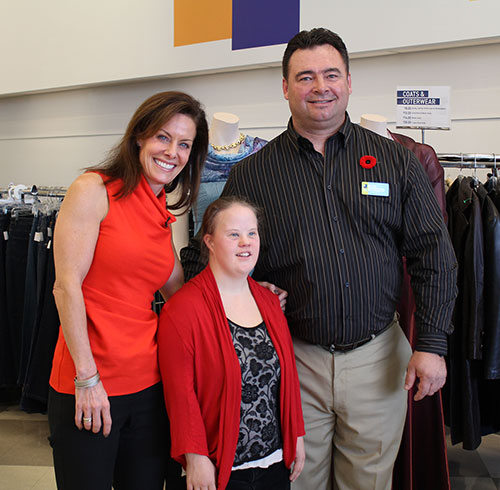 We are Better Together: YAYbourhood and Goodwill Donation Drive and Block Party at Glenridding Heights Sept. 30th  Mark your calendar for a clothing drive and...

For Goodwill Week, We THANK you!

For more than 60 years, Goodwill organizations across the world have celebrated Goodwill Week. This is a week is to raise awareness of our critical...

Meet the Employees at the New Goodwill on Whyte

Edmonton – Giselle Zacharuk, 23 got her first job at the new Goodwill Whyte Avenue store and donation centre which opens on November 25. “I’m...